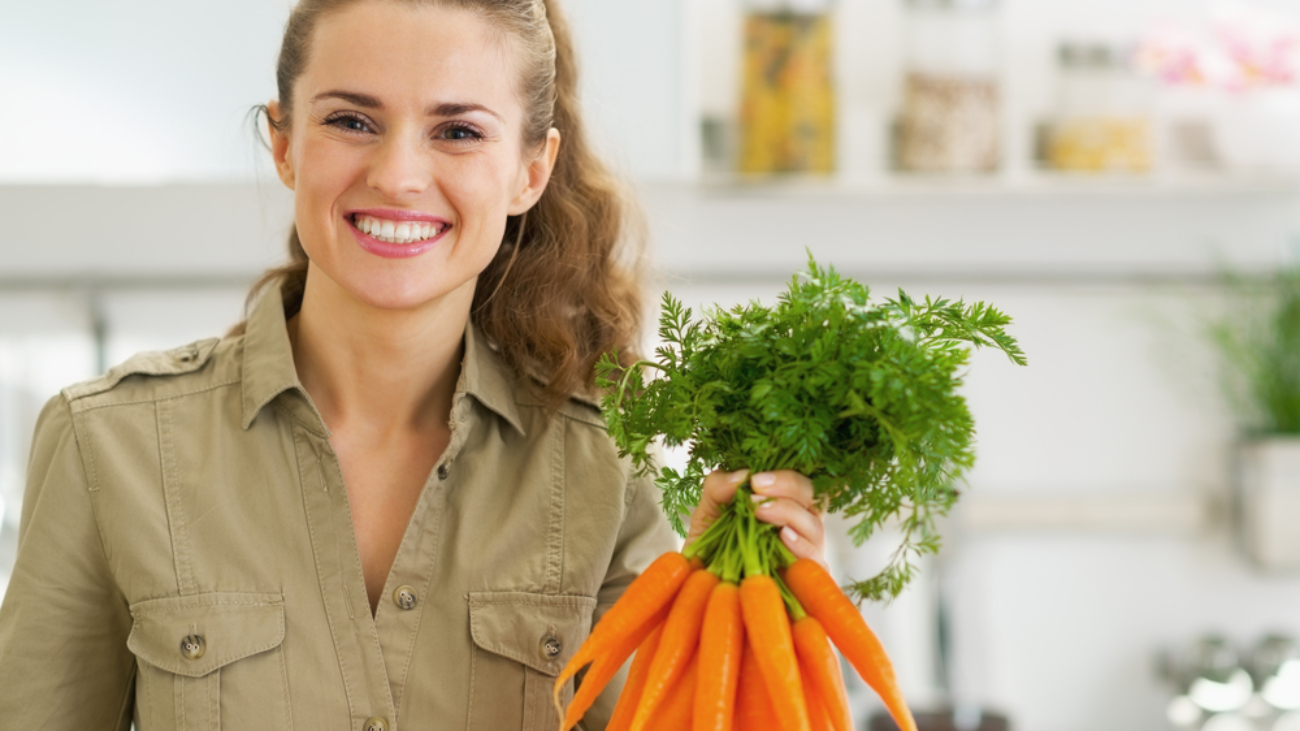 Health myths can be particularly difficult to stamp out. When you’re raised with a false bit of wisdom that came from a well-meaning authority figure, it can seem like gospel.
You may have held that belief for many years, carefully followed the advice, and shared it with other people along the way. After all that, it can be hard to let go.
So try to keep an open mind as you read through this list of five common health myths.

Eating Carrots Will Improve Your Eyesight

This health myth has a grain of truth to it, as carrots are rich in beta carotene. That’s an antioxidant that your body converts into vitamin A—which is essential in maintaining your vision.

However, the chances are very high that you already get enough vitamin A in your diet. So eating more carrots won’t improve your vision.

Interestingly, this myth was popularized by the British Royal Air Force during World War II. In an effort to conceal their new radar technology, the RAF started a rumour to explain how its pilots were so successful at spotting enemy planes at night. The rumour was that British pilots ate lots of carrots.

When you crack a joint, what you’re really doing is slightly pulling the joint apart, which decreases the pressure in the fluid that lubricates the joint.

This pressure change allows bubbles to form and causes them to rapidly fluctuate. It’s this fluctuation that’s responsible for that satisfying cracking sound.

So, can these bubbles cause arthritis? There’s no reason to think so. A study from 2011 tried to find if there was any link between knuckle cracking and osteoarthritis and showed there was no connection.

You Can Catch a Cold From Being Cold

At some point, someone has probably told you to dress warmly or “bundle up” before heading out in cold weather, or else you’ll catch a cold. This piece of advice has been drilled into many of us so often that it could be easy to forget that the cause for the common cold is viruses, not chilly temperatures.

It’s true that some viruses spread more easily during the winter months, but the reasons for that might not be what you expect.

A common theory is that exposure to cold temperatures may temporarily weaken your immune system, making you more susceptible to cold viruses. There is some research that supports this theory, but it is not yet conclusive.

In addition, your immune system can be weakened by lack of vitamin D due to reduced sun exposure. So getting outside in the cold might not be such a bad idea!

You Should Drink Eight Glasses of Water a Day

You’ve probably heard that you should be drinking eight glasses of water a day to stay healthy. This often-repeated tip has been the popular opinion for decades. Eight glasses of water equals about 2 litres, which matches up with the most current recommendations from health researchers.

However, this recommendation doesn’t take into account the water you already get from other sources. For instance, other drinks will help you reach your recommended water intake. And besides the water you get from drinks, about 20 percent of the average person’s water intake comes from foods.

So don’t fret if you’re not drinking eight glasses of water a day. Just drink when you’re feeling thirsty and make sure you properly hydrate if you are very active or in a hot environment.

Microwave Ovens Can Cause Cancer

Part of this myth stems from people’s misunderstanding of radiation. You may know that certain types of radiation (such as x-rays from an x-ray machine, gamma rays from a nuclear explosion, or UV radiation from the sun) can harm your DNA and increase your cancer risks.

Some people also mistakenly believe that microwave cooking can adversely affect the food, or even make it radioactive. But once you understand how microwave ovens work you’ll see that there’s nothing to worry about.

Microwave ovens produce microwaves that cause the water molecules in food to vibrate. This vibration produces heat, which is what cooks the food. So microwave ovens do not make any changes to the food that isn’t made by any other cooking method that involves heat. 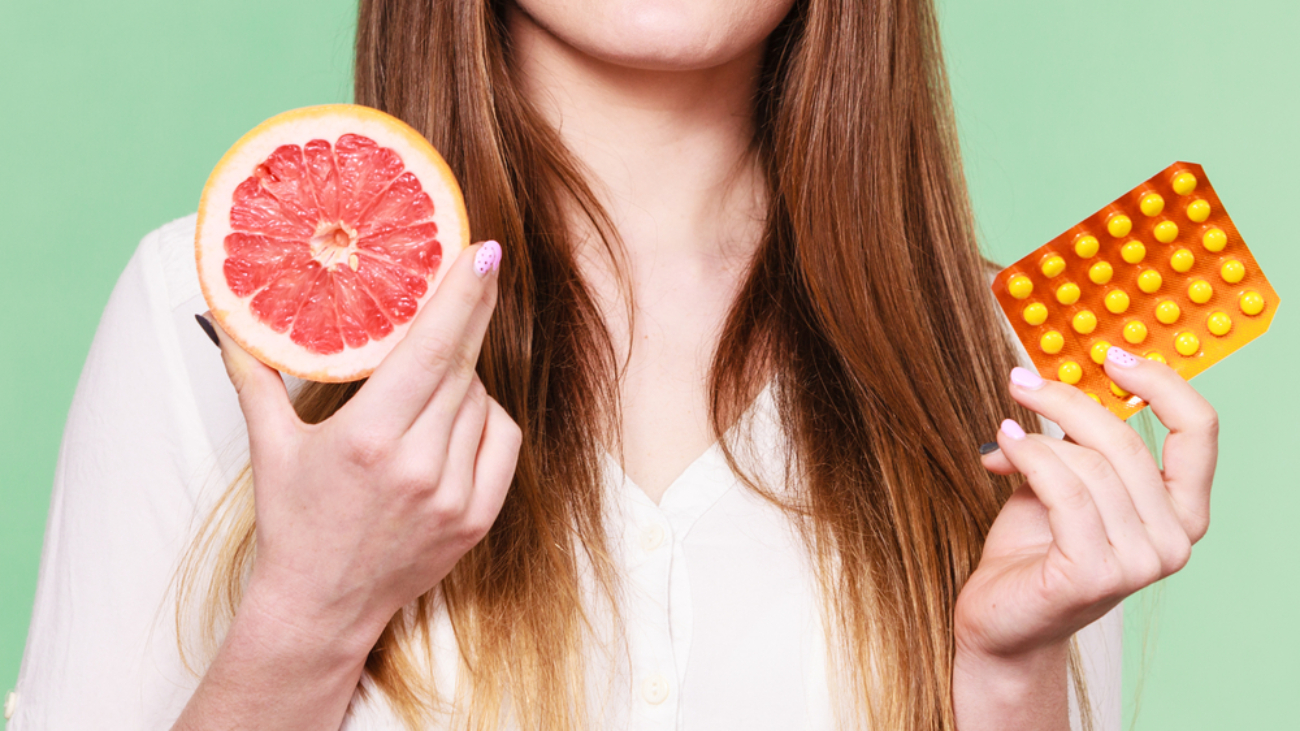 You’ve probably heard warnings about drug-food interactions such as how grapefruit can interact with prescription drugs. You may have seen it written on a pill bottle, or been told by a well-meaning friend as you were about to dig into a nice juicy grapefruit.

For many people, that’s where the awareness ends. They just have a vague idea that grapefruit and prescriptions don’t mix. But that leaves a lot of questions unanswered.

We’re going to answer these questions. Once you know more about how foods can affect the prescription drugs you take, you can be confident that your medications are doing their job properly.

Before we start, here’s an important reminder: whenever you’re in doubt, talk to your doctor or pharmacist!

Believe it or not, one glass of grapefruit juice or a single grapefruit is enough to change the way your body breaks down drugs, and the effects can last up to three days! This is also true for some other closely-related fruits: Seville oranges, tangelos, pomelos and Minneolas.

That’s because these fruits have a class of chemicals that disrupt proteins in your liver and small intestine. And those proteins are responsible for breaking down certain drugs.

By disrupting those proteins, the fruit can slow down the way your body processes medications. The result is increased levels of the drug in your blood and intensified side effects—which can be dangerous.

Here’s a list of common types of medications that can interact with grapefruit, and what types of effects it causes:

Should I Stop Eating Grapefruit?

Grapefruit can offer many health benefits. To name just a few, it’s high in fibre, vitamins, and antioxidants—yet low in calories.

So if you can include it in your diet, you should. And the chances are that you can. Grapefruit only affects a relatively small number of drugs. The best idea is to speak to your doctor or pharmacist and take advantage of their expertise.

There are many other possible drug-food interactions that you may not know about. Here are some you should be aware of in case you’re taking any of the following drugs.

Now you know a little more about how grapefruit can interact with your prescription drugs, and some other common drug-food interactions. Remember that there are many forms of each type of drug listed in this post. So just because you’re on blood pressure meds doesn’t mean you need to swear off grapefruit.

It all depends on the exact drug, your diet, and a range of other factors. As you can see, it gets a little complicated. So whenever you’re being prescribed a new medication or notice an increase in a drug’s side effects, don’t hesitate to bring it up with your doctor or pharmacist. Bon appetite! 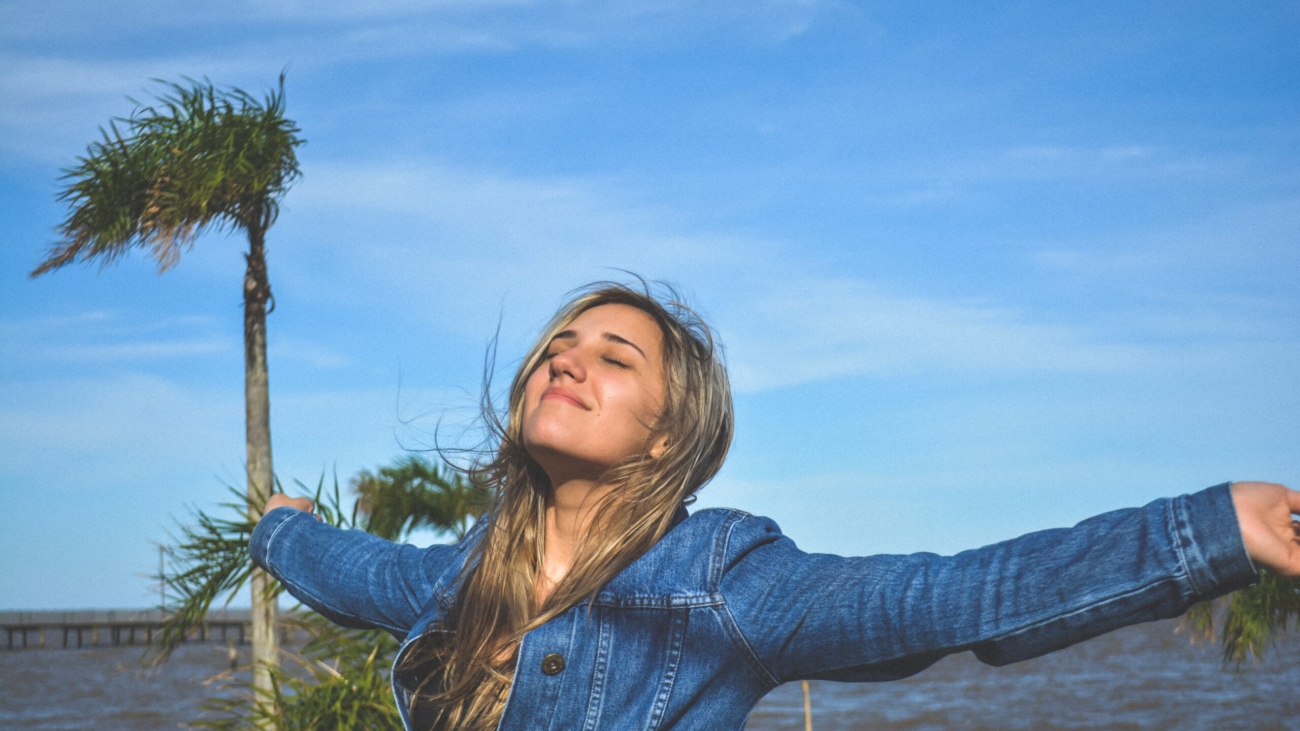 Simple Ways to Manage Your Diabetes

One factor that differentiates diabetes from many other diseases is how extensively it can be controlled through lifestyle adjustments. When you’re living with diabetes, you have the real power to minimize its impact. Even small changes can make serious improvements to your quality of life.

Since the disease is affected by many different aspects of your lifestyle, there are a lot of options when it comes to managing diabetes. It’s always a good idea to learn what those options are so you can find the ones that work best for you.

Diabetes mellitus, better known as simply “diabetes”, is a metabolic disease that causes high blood sugar. The disease comes in several forms but the two most common are diabetes type 1 and diabetes type 2. Type 1 is an autoimmune disease where your immune system attacks your pancreas. Type 2 occurs when your body becomes more resistant to insulin, causing sugar to build up in your blood.

It should go without saying that an important part of diabetes management is your diet. If you haven’t already started, you should create a healthy eating plan with the help of a nutritionist or other health care provider, and then try your best to stick to it. The plan should include recommendations on portion sizes as well as what types of food to eat.

Here are some quick tips to remember:

Exercise helps control diabetes in a number of ways. It lowers your blood sugar, decreases your body’s resistance to insulin, and improves heart health. It can also help you lose weight, improve your circulation, lower the risk of many diabetes-related issues.

Whether it’s aerobics or strength training, any physical activity can help. The most important part is discussing your exercise plan with a health care provider and making it part of your regular schedule.

Important tips to keep in mind:

Blood sugar testing is an essential part of managing diabetes. Not only will it help guide your treatment, but it also helps ensure you stay within safe limits. Some of the benefits it offers include:

Stress affects blood sugar in several ways. For one, it triggers a hormone response in your body that can raise blood sugar levels. On top of that, when you’re feeling overwhelmed by stress, you might find it hard to stick to your diabetes management plan.

Here are some quick tips to help you cope with stress:

Diabetes treatment and management can be complicated. It involves a lot of planning around many different aspects of your life. This is why diabetes education programs can be very useful. They can help you understand exactly how the disease impacts you, and the best ways for you to minimize those impacts.

Remember: You Have The Power

Making changes to your lifestyle can take some real effort. When you have a long-standing bad habit, it can be hard to break the cycle. If you take the steps to manage your diabetes early on, eventually you will begin seeing improvements to your health, which can be a great motivator.

Remember that you have the power to control your diabetes. By sticking with your diabetes management plan, you’ll be surprised at how quickly you can start enjoying better health and quality of life.

As a final note, be sure to speak to your doctor for advice if you need help with diabetes in pregnancy, diabetes in children, or if you develop any diabetes complications.